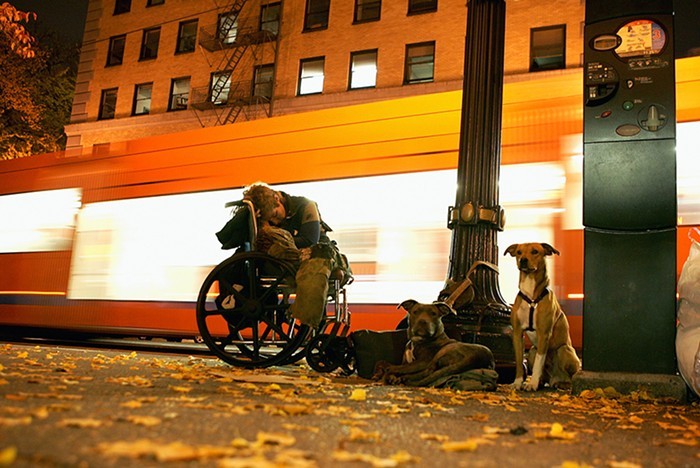 It appears there’s little stopping a sweeping homeless services measure from landing on the May 19 ballot.

At a Thursday hearing before the Metro Council, a government body representing Multnomah, Washington, and Clackamas counties, dozens of the region’s current homeless service providers joined government officials, business leaders, and houseless Portlanders in testifying in support of the proposed ballot measure.

“In order to confront the housing crisis, our community needs additional resources,” said Tyler Mac Innis, director of the affordable housing advocacy nonprofit Welcome Home Coalition. “Every provider in this room tonight knows that the lack of funding for supportive services is as critical to solving homelessness as housing.”

These are the types of services the measure intends on funding. Proposed by HereTogether, a regional coalition of nonprofit service providers, the measure would ask voters in the tri-county region to approve a 2 percent tax on high-income earners (a term still being ironed out) to direct at least $250 million towards qualified supportive services across the counties.

“We made great strides with the bond,” said Ernesto Fonseca, director of affordable housing developer Hacienda CDC. “But as we all know, housing continues to be the base, but housing is not enough. Housing may be the place where we have our family, but it’s not the source of growth.”

The measure is also expected to make up for declining federal resources for affordable housing and supportive housing programs.

On February 20, the Metro Council will vote to decide whether to refer the measure to the May ballot. There’s little vocal resistance to the decision. Notably, all three county chairs spoke in support of the proposed measure.

“Getting folks off the street is number one, but the services we need to provide to keep them in permanent housing and get them into the job market is key,” said Clackamas County Chair Jim Bernard. “It’s not easy…but this is an emergency. We can’t wait for the federal government or the state to do this.”

Multnomah County Chair Deborah Kafoury countered the recent criticism raised by the Oregonian editorial board that the process has been rushed.

“Contrary to news reports, we have been building up to this measure for years,” Kafoury said. “We are long past the point of accepting the status quo. And we cannot allow homelessness to become normalized to the generations that follow us.”

“This will fund an array of services and programs that will help those who face multiple barriers to getting into and—most importantly—staying in housing,” Harrington said. “Washington County wants to be a good partner and move the measure ahead.”

Harrington also noted the importance of allowing Washington County to support its own homeless population, instead of simply referring them to services being funded by Multnomah County.

The only criticism heard Thursday came from longtime homeless service providers and people who’ve experienced homelessness, who said the measure was critically overdue. Michael Buonocore, director of the regional housing authority Home Forward and former director of Sisters of the Road, said that he’s heard community members asking for this kind of support for decades.

“People have been suffering too long to wait any longer,” Buonocore said.

A houseless woman named Crystal told the council that she’s been stuck on affordable housing wait lists for 11 years. Crystal, who has late-stage cancer, described being rejected by housing providers for not fitting the narrow requirements needed to qualify for a specific program. These strict requirements—like proof you’ve been homeless for a long time, have a family, or are sober—are often enforced when providers have a limited supply of resources like the kind the new measure seeks to address.

Crystal said her doctors have told her she doesn’t have much time left before her cancer kills her.

“I’ve been told that I have maybe two years at most,” she said. “And that’s only if I get inside and start living more healthy.”